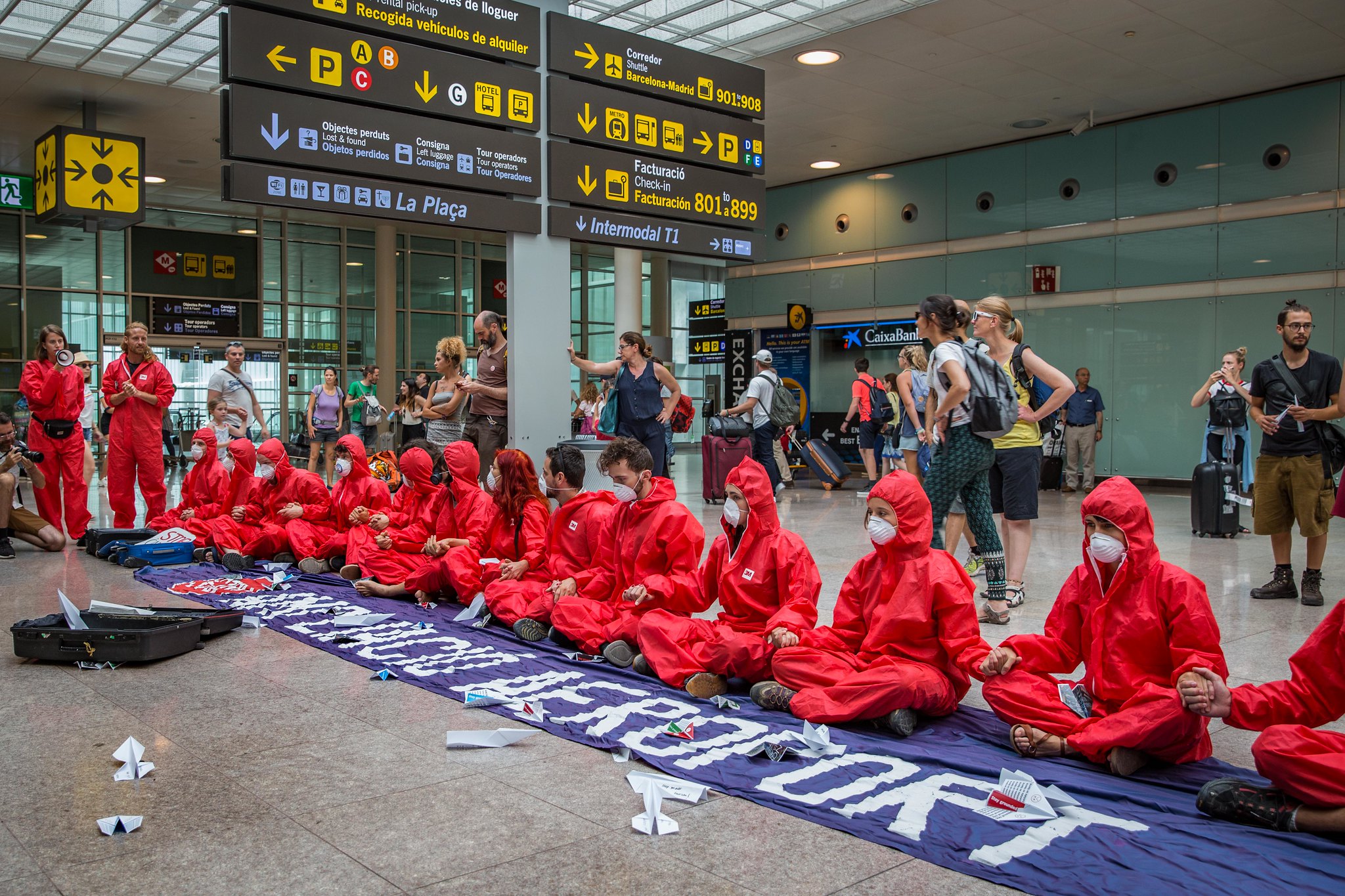 Activists from all over Europe and beyond are meeting in Lille, France. Actions to tackle air traffic are planned – the first on 8 October.

Lille/Vienna/Montreal, 27 September 2022 – Starting today, the UN body for civil aviation is meeting in Montreal, Canada, to discuss, among other things, climate issues concerning the sector. Coinciding with the ICAO Assembly, AviAction, an action conference organised by global network Stay Grounded, brings together activists from across Europe and beyond in Lille, France, from 5 to 9 October. While ICAO is sticking to greenwashing, representatives of civil society organisations will meet in Lille and online in a no-fly event to discuss actions that will push governments to rapidly reduce the climate-damaging sector.

ICAO itself recently predicted that air traffic could return to pre-pandemic levels in the coming months. This comes as the climate crisis around the planet escalates and as many people are affected by an energy crisis. “Aviation growth is nothing to celebrate. Fire infernos and flood disasters around the world in recent months show: The climate emergency is here – and it is further fuelled by growing air traffic. We are meeting in Lille with international campaigners and activists to discuss how we can put the emergency brake on climate-damaging aviation. ICAO is doing nothing to solve the problem, but making it worse”, says Inês Teles from Stay Grounded.

The activists exchange in Lille about strategies against air traffic growth and the struggle for a just mobility system. « ICAO and the governments of the world are failing us. We have to take action and rise up for the change we need » says Charlène Fleury from Stay Grounded France/Rester sur Terre and NADA Lille. The participating organisations are discussing concerted actions that will take place at airports and related infrastructure over the next months – starting with local actions on Saturday 8 October.

The ICAO Assembly does not discuss the necessary reduction of air traffic, nor does it even consider all of its climate-damaging emissions, as official documents seen by Stay Grounded show. Instead, ICAO appeals to countries’ individual responsibilities, postpones action and resorts to greenwashing. “ICAO only talks about reducing CO2 emissions – this ignores two thirds of the climate damage caused by air traffic which comes from non-CO2 effects. The UN body should propose concrete reduction targets to countries instead of relying on their voluntary efforts. And we need short-term interim targets. Otherwise the reference to the long-term Paris targets remains just hot air. Analyses by Stay Grounded show that all the technologies ICAO is relying on have major limits and constraints. Like this, ICAO’s climate strategy is pure greenwashing!,” says Anne Kretzschmar from Stay Grounded.

The expansion of air traffic comes with extreme damage to local ecosystems and communities. This is documented in research by Stay Grounded together with the EnvJustice project. It has so far documented in-depth 100 cases of airport-related conflicts and injustices around the world. Hundreds more that merit further investigation were identified. “Where air traffic grows, people and nature suffer. In 2022, we can no longer build and expand airports. Neither here nor anywhere” says Mira Kapfinger from Stay Grounded.

Lille airport already handles 2 million passengers a year and wants to increase its capacity to 3.9 million a year by 2039. “In times of the climate crisis, airport expansion is insane and must be stopped: in Lille, in France and everywhere in the world. We demand the abandonment of the Lille airport extension project, but also of all the projects still underway or being studied on French territory,” says Capucine Saulpic from NADA Lille.

7 October:
9–10am: Keynote – Strategies for a grounded future: lessons learned from victories and failures
5–7 pm: Panel – Towards strategic action in 2023 and beyond: weaving the results of discussions together

You can register for in-person and online participation here: https://stay-grounded.org/action-conference-2022/

Stay Grounded is a global network representing more than 190 member organisations campaigning for a reduction of air traffic and a climate-just mobility system, including local and national airport and climate campaign groups.